Kaylem Feeney is a first class honours graduate of the BSc (Hons) in Podiatry from the National University of Ireland, Galway. During his time at NUI, Galway, Kaylem received several university awards and was awarded second prize in Podiatry at the Dr Henry Hutchinson Stewart Medical Scholarships and Prizes ceremony from the National University of Ireland in 2015. Kaylem joined the team at Galway Foot and Ankle Clinic as Clinical Specialist Podiatrist in September 2017.

Kaylem is a member of The Society of Chiropodists and Podiatrists, Ireland and is guest lecturer for the undergraduate BSc (Hons) Podiatric Medicine program at NUI, Galway. Kaylem is currently studying towards his MSc Theory of Podiatric Surgery degree at Glasgow Caledonian University and is also involved in a number of research projects.

Kaylem works closely with Mr Stephen Kearns and Mr Michael Curran to deliver conservative foot and ankle care to patients through the Rapid Access Foot and Ankle Clinic. The Rapid Access Foot and Ankle Clinic aims to provide patients with rapid access to a high standard of conservative foot and ankle care. It is aimed at patients who may not initially require surgery for their condition. Kaylem is also Surgical Assistant to Mr Stephen Kearns in theatre and he has been involved in more than 500 orthopaedic foot and ankle surgeries to date. 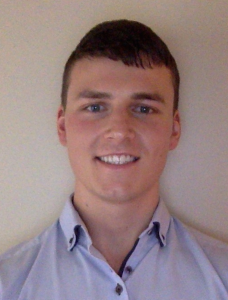